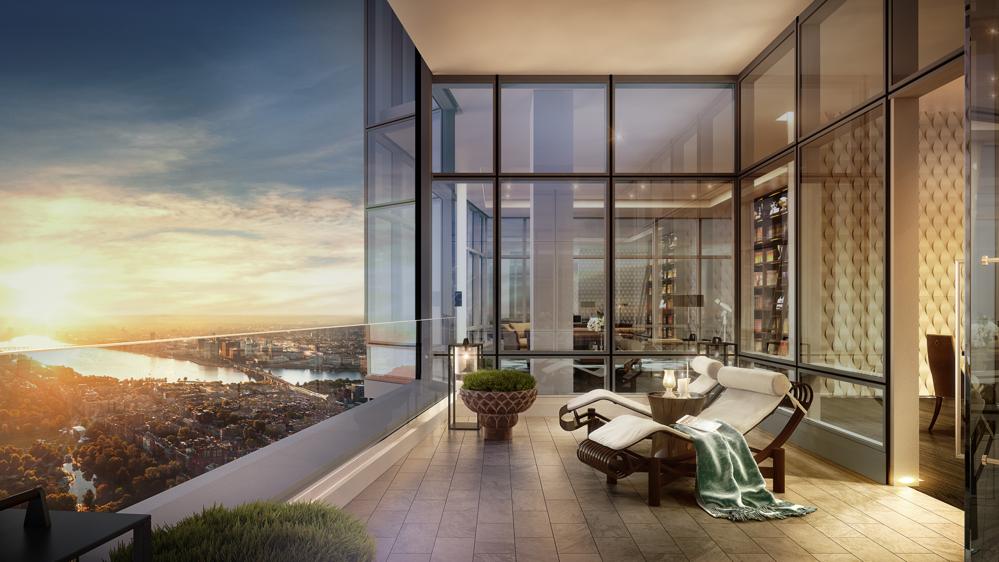 John Grayken (left) will not be able to occupy his penthouse (above) on the 60th floor of the Millennium Tower in Boston full time unless he wants to subject his worldwide income to US taxes. He has renounced his US citizenship. (Handel Architects) 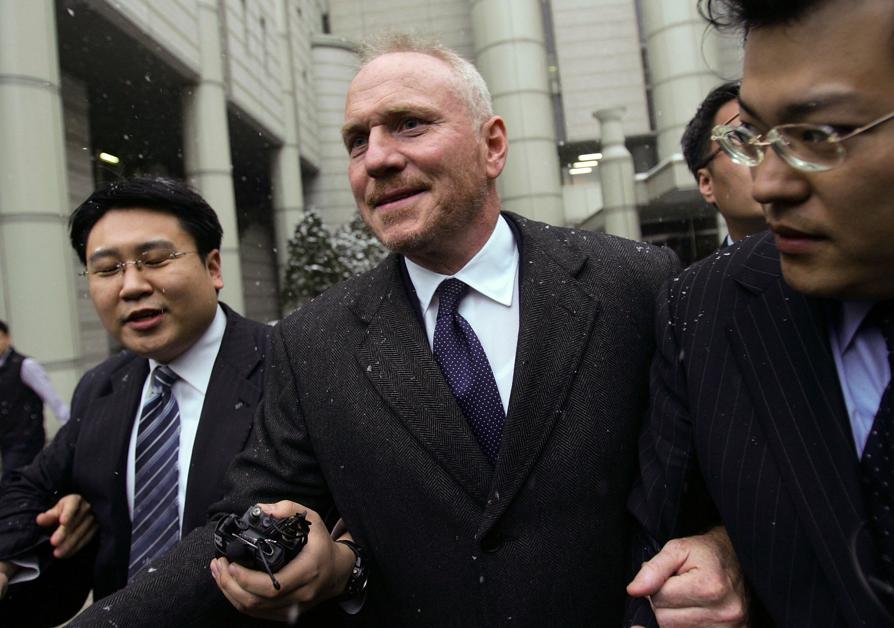 The buyer of the most expensive condominium in Boston is a South Shore boy turned billionaire who renounced his US citizenship nearly two decades ago for tax purposes, meaning he can’t live full time in his $30-million-plus penthouse.

The 13,000-square-foot unit atop the 60-story Millennium Tower in Downtown Crossing is under contract to John Grayken, an investment fund manager whom Forbes magazine recently dubbed one of “the robber barons of the new millennium’’ for his long track record of profiting from delinquent mortgages and other battered financial assets.

The sale has not yet closed, so no public records were available, and neither Millennium Partners nor a spokesman for Grayken would confirm the deal. But multiple sources in the local real estate community confirmed to the Globe that Grayken is indeed the buyer.

The property was listed at $37.5 million, but industry sources told the Globe it sold for slightly less.

Grayken, 60, grew up playing hockey in Cohasset and graduated from Harvard Business School before launching a career buying distressed property and busted real estate loans and profiting from their rebound, according to a recent profile in Forbes.

His net worth is a reported $6.3 billion, and the main affiliate of his private equity firm, Lone Star Funds, has $38 billion in assets, according to Bloomberg.

Grayken runs this empire from the United Kingdom, where he has a 17,500-square-foot mansion in London’s Chelsea neighborhood and a 20-acre country manor. Forbes said Grayken has been based in the United Kingdom since the late 1990s, when he renounced his US citizenship for tax purposes and took an Irish passport.

His investment firm is headquartered in Dallas and doesn’t have an office in Boston. But in 2004 and 2007 Grayken spent a total of $16.6 million, through a Bermuda holding company, to buy a 15-room house on a tiny island in Cohasset Harbor, according to Norfolk County property records.

Now he has a downtown address.

When Millennium announced in February that the penthouse was under contract, it said the condo would be used as a “family residence.’’ But it’s not entirely clear how much time Grayken, who is married to a British woman and has four children, will spend there.

Many foreign citizens own US real estate, but federal law limits people who have relinquished citizenship to spending, on average, 120 days per year in the United States before their worldwide income is subject to income taxes here.

“If he owns it and visits from time to time, it wouldn’t necessarily rise to that level,’’ said Steven Meyer, an international tax attorney at Posternak Blankstein & Lund in Boston.

“He may have friends and family he might want to share it with. He may have considered this to be a very good investment.’’

Boston may have a surging profile in real estate circles, but for the super-rich it remains a far cry from New York or London; in Manhattan 14 condos sold for $30 million or more in the past year. So it should come as no surprise that the buyer of the Millennium penthouse is a billionaire with ties to Boston, said Sue Hawkes, a marketing consultant for luxury housing developments.

“There are very few people who can afford this,’’ Hawkes said. “And of those there might be five people in the world who would actually consider buying it.’’

There’s more demand the next tier down — slightly less pricey penthouses in the Millennium and condos in shorter but still grand new buildings, such as 50 Liberty in the Seaport. Hawkes said she’s hopeful that having the most expensive condo on the market locked up will bolster the confidence of would-be buyers for other pricey properties.

Either way, between wealthy empty-nesters looking for a place in the city and an influx of foreign cash that’s discovering Boston, she predicts more big deals — even if they’re not in the $35 million price range.

The sale of the Millennium penthouse, Hawkes said, “is a big statement for this city. The bigger question is how deep is the market right underneath that. It’s deeper than anyone ever thought.’’

PREVIOUS ARTICLE
Article 77 of 127
NEXT ARTICLE