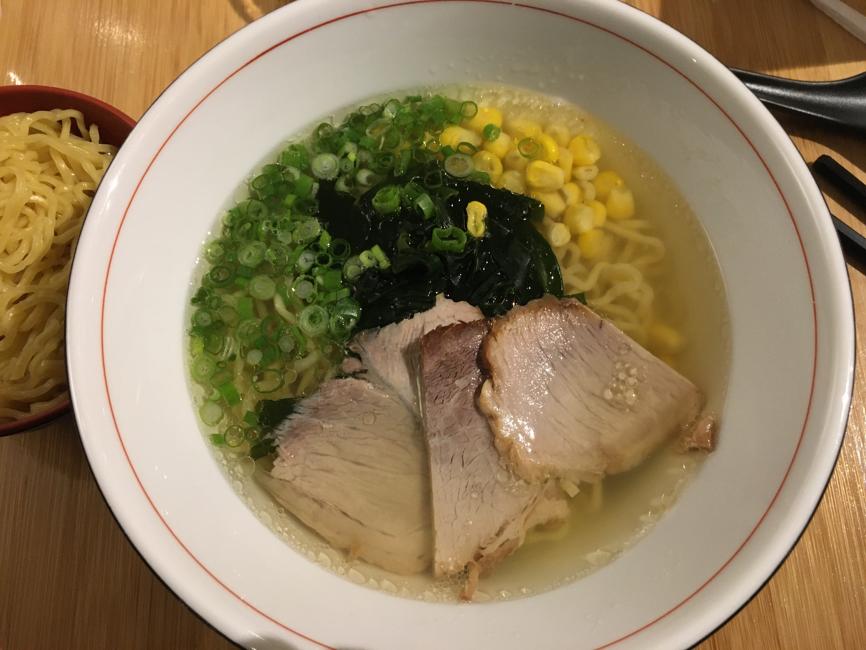 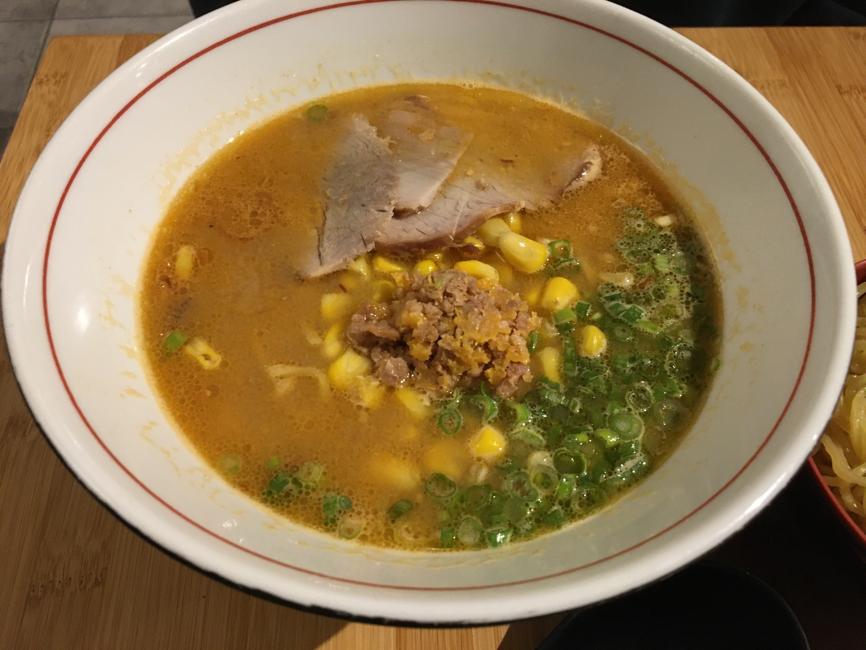 The New Yuzu Shio Ramen is flavored by the Japanese citrus fruit yuzu, which imbues the broth with a mellow lemony flavor, and is further enhanced by tender corn kernels as well as other toppings.
PREVIOUS IMAGE

For a kick — and a sizable one at that — try the Spicy Miso Ramen ($9) or the Veggie Spicy Miso Ramen ($9.49), made from kelp broth with fried tofu and other toppings. The broths are served with tasty, chewy noodles, provided by the Sun Noodle Co., and you can order extra noodles for $2 — something we recommend to split between two diners. You can also order extra toppings if, say, you want extra corn or seaweed. Given the modest prices of the entrees, it’s easy to justify the splurge. On Tuesdays, Wednesdays, and lunch on Friday you can order takeout (best to order online ahead of time). The owners suggest that you order the noodles uncooked and cook them at home for the best results.

There is a side-dish option of Cha-shu Don ($3.49), with shredded pork on rice, and curry rice ($3.49). But to be clear — Pikaichi focuses on its eight varieties of ramen, each with its own subtle, savory flavor. For Pikaichi patrons, eight is enough.