Fred Taylor’s greatest hits, from Miles to Bruce to Brubeck 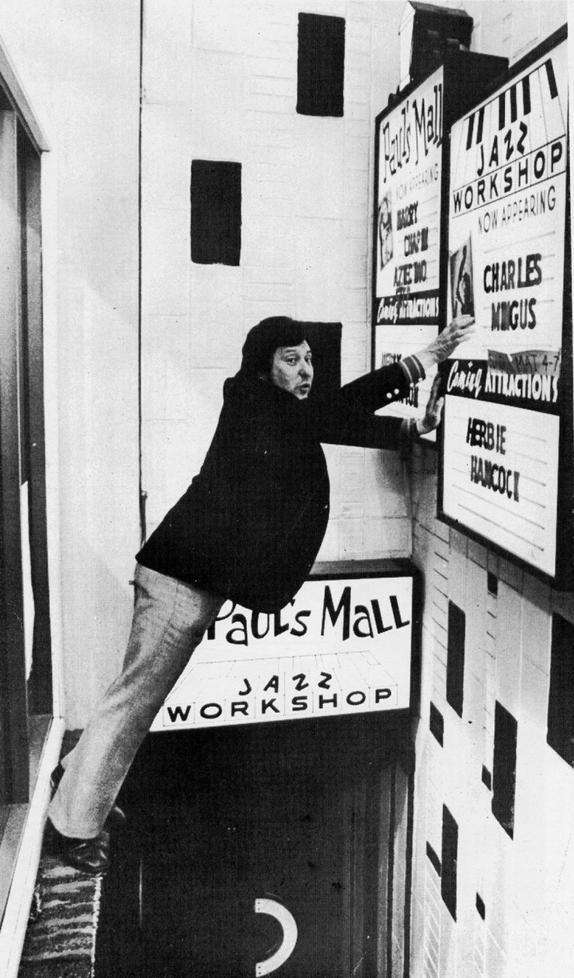 Fred Taylor is shown changing the marquee at his Boston nightclubs, Paul’s Mall and the Jazz Workshop, in 1972.
PREVIOUS IMAGE

The first time Fred Taylor promoted a big show, the heavens opened. It was 1961. Taylor, who was managing jazz organist and Malden native Joe Bucci at the time, organized an outdoor concert in Lynnfield, with Bucci opening for his idol, the legendary Count Basie.

On the day of the gig, a drenching rain necessitated a hasty move to an indoor venue in Lynn. The show, despite the odds, was a success, and Taylor never looked back. For the next six decades, he would present the biggest names in entertainment at august institutions and forgotten dives alike, weathering flooded nightclubs, financial insecurity, and waning interest in his beloved jazz, beaming all the while.

Taylor, who died Oct. 26 at age 90, leaves a shadow over the Boston music scene that looms far taller than his compact height. Booking shows from Paul’s Mall and the Jazz Workshop to Symphony Hall and Tanglewood, he endeared himself to some of the more prickly giants of American music, and he helped develop the careers of many of their successors.

Top billing in Taylor’s distinguished career datebook often goes to the comeback gigs he booked for Miles Davis in 1981, at a short-lived Kenmore Square disco called Kix, on the site of the old Psychedelic Supermarket.

"The shows sold out before we could even print the tickets,’’ recalls publicist Sue Auclair, who began working with Taylor for those shows and rarely left his side thereafter. "People were crying and screaming.’’

Taylor was a master at drumming up excitement. In 1977 he was given 10 days’ notice to stage “An Evening With Diana Ross’’ at the old Music Hall (later to become the Wang Theatre). He arranged a whirlwind of promotional events and had T-shirts printed up that read “Boston Loves Diana Ross.’’ Ross wore one onstage.

According to Richard Vacca, coauthor of Taylor’s forthcoming memoir, "What, And Give Up Showbiz?,’’ Taylor considered that to be his greatest success. On a tour that would produce a live double album and earn a special Tony Award, the Boston dates were the highest-grossing, Vacca says.

By then, Taylor was an old pro. Booking jazz acts into Boston-area clubs since the mid-1950s, he brought a young Bob Dylan to Symphony Hall in 1964. The following year he became a co-owner of the Jazz Workshop, a decade-old performance venue that, after a few moves, had settled into the basement of a Boylston Street restaurant.

Through the late 1970s, the club was a regular stop for many of the biggest names in jazz, from Davis and Duke Ellington to Bill Evans and Keith Jarrett. Beginning in the early 1990s, Taylor booked shows at Scullers, the intimate hotel nightclub overlooking the Charles River. Along the way, he helped nurture the careers of future stars ranging from Pat Metheny and Norah Jones to Danilo Perez, Esperanza Spalding, and Grace Kelly.

Though Taylor was sometimes called “Mr. Jazz,’’ he knew how to sell tickets to shows of all kinds. After opening a rock ‘n’ roll room next to the Jazz Workshop called Paul’s Mall, he was one of the first United States promoters to book a Jamaican group called Bob Marley and the Wailers. That same year (1973), he took a shot on a week’s worth of shows headlined by a hard-partying songwriter named Jimmy Buffett, and he hired an unknown from New Jersey to open for David Bromberg. The unknown would soon be widely known as Bruce Springsteen.

To celebrate Muddy Waters’s 60th birthday, Taylor got the city to declare Muddy Waters Day. On her first national tour in 1976, Patti Smith played a memorable set at the Jazz Workshop that was broadcast live on WBCN. Taylor also provided early support for Earth, Wind & Fire (he knew bandleader Maurice White from his stint with the Ramsey Lewis Trio), Barry Manilow (who graduated from an opening set at Paul’s Mall to headlining Harvard Stadium), and a scuzzy local rock band going by the name Aerosmith.

Over the years Taylor also staged some of the biggest names in comedy, including Richard Pryor, George Carlin, and Flip Wilson (who began a raucous week at Paul’s Mall the night after a breakthrough appearance on “The Ed Sullivan Show’’). He had a close relationship with Lily Tomlin, booking her into Paul’s Mall before she’d ever been on tour. Having developed her Boston audience, he brought her back later the same year to play Symphony Hall.

Vacca says that Taylor had a short list of personal favorites among the thousands of shows he booked in his lifetime. During his stint as producer of the Great Woods Jazz and Blues Festival in the mid-1980s, Taylor paid tribute to the masters of jazz tap dancing, assembling a group of legendary dancers including Bunny Briggs and the Nicholas Brothers, with a young newcomer named Savion Glover in tow.

As artistic director of the Tanglewood Jazz Festival in the early 2000s, Taylor brought in Sonny Rollins. The saxophone colossus rarely plays encores, but he dedicated one that night to Taylor: "This one’s for Paul’s Mall,’’ he said, before breathing the opening notes of Ellington’s "In a Sentimental Mood.’’

But it was a date a decade ago at the Shalin Liu Performance Center in Rockport that may have meant the most to Taylor. He had a lifelong friendship with the pianist Dave Brubeck, beginning on the night in 1952 when Taylor, a recent Boston University graduate, brought his cumbersome tape recorder to Storyville, where he taped Brubeck’s set. A grateful Brubeck had his record company release the recording as the "Jazz at Storyville’’ album.

In Rockport almost 60 years later, Brubeck pointed to Taylor in the audience and dedicated his next song to him.

It was the song that had initiated their friendship in the first place: “Over the Rainbow.’’