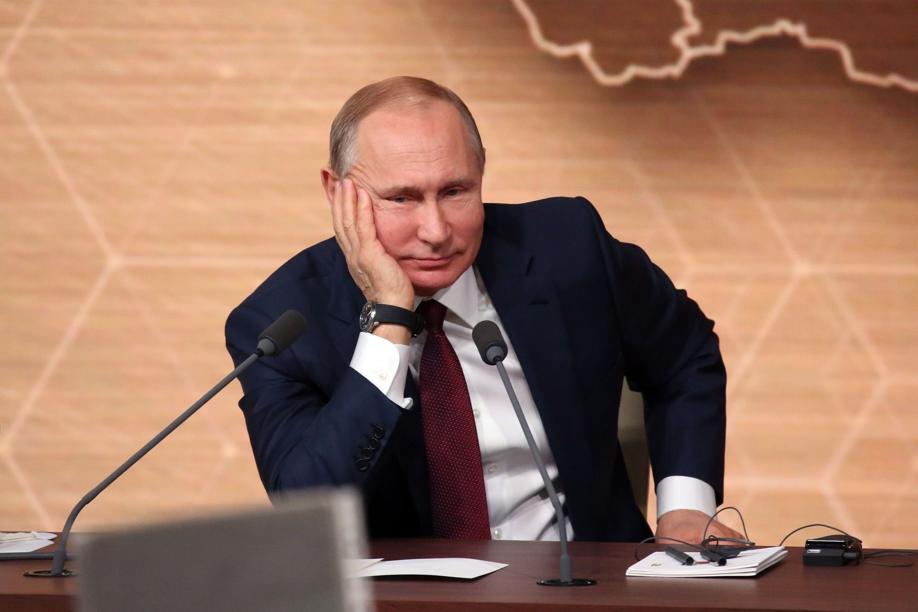 Americans are told that Russians are interfering in our politics. But the reverse is also true.
PREVIOUS IMAGE

HOTS RANG OUT beside a frozen Siberian river one century ago, and a famous commander fell dead. Members of the firing squad dumped his body through a hole in the ice. With that, the Russian civil war took a decisive turn. Communists consolidated power and set in motion events that still shape Russia.

Observing the anniversary of this fateful execution helps explain why Russia today feels besieged by the United States. The victim, Admiral Alexander Kolchak, was recognized by Western powers as the legitimate ruler of Russia. He and his White Army were waging an epic war to overthrow Lenin and the Reds. In 1919 President Woodrow Wilson, horrified at the rise of Bolshevik power, sent 13,000 American soldiers to Russia.

Although Americans have largely forgotten this episode, Russians have not. They know from their history books that the United States and other powers sent a potent army on an ill-fated mission deep inside their country. Many see that intervention as the beginning of a century during which the United States has relentlessly interfered in Russia’s internal affairs. This has created a narrative of encirclement — a view that the West relentlessly threatens Russia and does whatever possible to destabilize and weaken it.

Americans are told every day that Russia is interfering in our internal politics. This is said to be an effort to erode American society and weaken our democracy. Portrayals of Russia in the American press are unfailingly negative, President Vladimir Putin is presented as demonic, and any politician who advocates better relations with Moscow risks being accused of treason. Presidential candidates compete to be more virulently anti-Russian than their rivals, as if this is a measure of patriotism. Tensions between the two countries are in some ways higher than during the worst days of the Cold War.

The American and Russian governments have adopted startlingly similar views of each other. Each believes that the other is systematically and malignantly intervening in its internal politics. This feeds a spiral of mistrust and anger. We have not yet returned to the extreme of 1919, when the United States sent combat troops to Russia in an attempt to preserve Western influence there. Yet Russians have reason to suspect that the United States is still trying to guide the course of their history. We lost Admiral Kolchak 100 years ago but haven’t given up.

Kolchak was a celebrated scientist and polar explorer who rose to high positions in the Russian Navy. He visited the United States in 1917, and upon his return began marshalling forces to fight the Bolsheviks. Despite receiving troves of weaponry from the British, his forces could not win. He fell into Bolshevik hands and, at dawn on February 7, 1920, was marched toward a tributary of the Angara River. Ever the gentleman, he refused a blindfold and asked the commander of the firing squad to send a final message of love to his wife and son. The commander replied, “I will if I don’t forget.’’

With Kolchak gone, the White Army weakened and finally succumbed. Russia remained Communist for seven decades. During that entire period, with the notable exception of their alliance against Nazi power in World War II, Moscow and Washington were intense global rivals. Americans overlaid the worst qualities of our World War II enemies onto Russia: since the Japanese had attacked us without warning, the Russians probably would too, and since the Nazis had invaded other countries and brutalized their people, Russians were likely to do the same.

Nonetheless much of this Cold War rivalry played out within a set of rules. Since 1990, when the Soviet Union collapsed, those rules have largely evaporated. The end of the Cold War marked the beginning of a new American effort to bring Russia into the Western fold — to make it, in Washington-speak, a “responsible partner in the rules-based international order.’’ We sought a cooperative Russian leader — one who would play the pro-Western role once envisioned for Admiral Kolchak.

In 1996 President Boris Yeltsin, who had presided over an epic collapse of living standards in Russia, seemed headed for electoral defeat. That threatened America’s influence over Russia. President Bill Clinton told his advisers, “I want this guy to win so bad it hurts.’’ A team of American political consultants flew to Russia, took over Yeltsin’s campaign and, using media techniques not previously seen there, steered him to an improbable victory. This direct intervention in Russian politics was hardly clandestine. Time magazine published a gleeful account soon afterward, with a drawing of Yeltsin on the cover waving an American flag over the headline “Yanks to the Rescue.’’

In the years since Putin’s emergence, the United States has returned to its default view of Russia as a bloodthirsty enemy. We have imposed a maze of sanctions on Russian individuals and corporations. Our military surrounds Russia just as Russians would surround us if they had bases across Canada and Mexico. We have renounced treaties that once restrained our rivalry. Depending on one’s point of view, these steps are either aggressive provocations or simply measured responses to Russian threats and misdeeds. Either way, Russians may be forgiven for believing that the United States wishes their country neither prosperity nor stability. Admiral Kolchak’s execution one hundred years ago this winter marked an epochal failure of Western efforts to bend Russia to our will. We’re still trying.