Is chocolate healthy? Alas, the answer isn’t sweet. Here’s why.
Flavanols for fat trade-off could lead to obesity 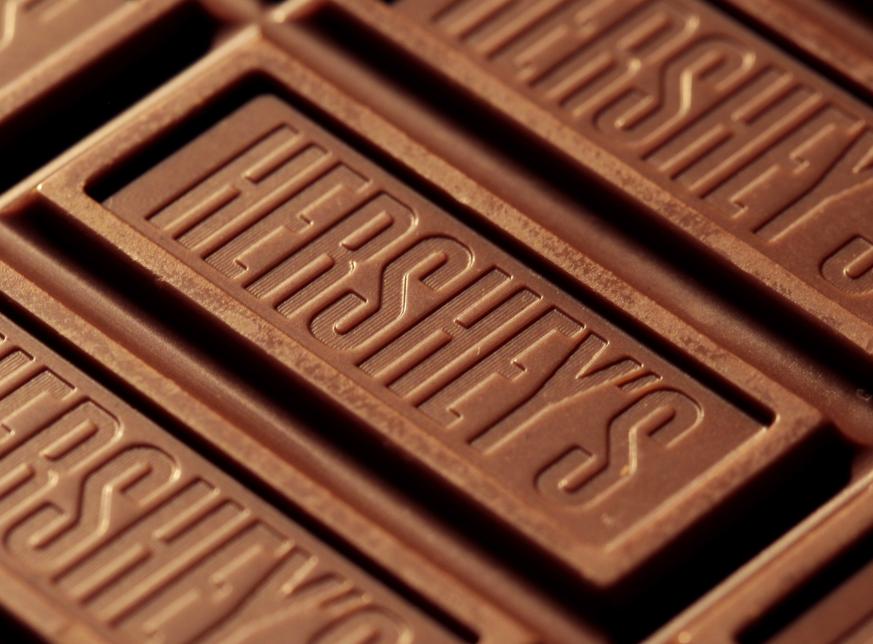 Any health benefit associated with chocolate is tied to the flavanols in the cocoa beans that make cocoa powder.
PREVIOUS IMAGE

I’m pretty sure I won’t have any friends left once they’ve read this — especially with Halloween just days away. That’s because no matter how you break that candy bar, and no matter how many headlines you’ve seen about the health benefits of chocolate, the scientific evidence remains pretty slim.

Sure, you probably know that ‘‘white chocolate’’ (which doesn’t contain any chocolate at all) and milk chocolate (which is loaded with sugar and fat) are not healthy choices. But while dark chocolate is a better choice, it’s not a healthy one. I’m sorry, trick-or-treaters.

In the spirit of full disclosure, I’m a chocoholic myself, so I’m not happy about this either. While I’ve never deluded myself into thinking of chocolate as a health food, say like antioxidant-rich kale, I believed — thanks to many published studies — that even one square of dark chocolate definitely had some health benefits.

When I did an Internet search, I found plenty of articles saying just that, including Healthline’s ‘‘7 Proven Benefits of Chocolate’’ and the Cleveland Clinic’s ‘‘Heart Healthy Benefits of Chocolate.’’ Articles like these (and many more) report that chocolate may lower the risk of certain cancers, lower blood pressure, and reduce the risks of diabetes, stroke, and heart disease.

I even read that dark chocolate lowers the risk of depression and that it’s counted — along with nuts, avocados, and blueberries — as a ‘‘superfood.’’

Mucking up things, though, were other studies that suggest chocolate may increase our risk for other cancers, and we’d be fools not to know that eating too much can lead to obesity (and the troublesome health conditions that follow in its wake).

As a journalist, I know better than to believe everything I read, especially if it’s melting in my mouth. So I did a little investigating to get to the bottom of the question: Is chocolate healthy?

The top Google result for that question was a report (“Can chocolate be good for my health?’’) on the Mayo Clinic website. To help me fact-check it, I called Marion Nestle, the much-respected professor of food and nutrition studies at New York University, who has extensively studied the chocolate industry (most recently in her book ‘‘Unsavory Truth: How Food Companies Skew the Science of What We Eat).’’

I read Nestle (who is no relation to the candy maker) the article’s lead paragraph, which states, in part, ‘‘chocolate’s reputation is on the rise, as a growing number of studies suggest that it can be a heart-healthy choice.’’

She stopped me right there to note that it’s not chocolate but the flavanols in chocolate that might have potential benefits. Flavanols are abundant in cocoa beans, which yield cocoa powder, which is then used to make chocolate, she said.

To be fair, despite it’s enticing headline, the Mayo article in fact does focus on the benefits of flavanols, not chocolate, notably their ‘‘antioxidant effects that reduce cell damage implicated in heart disease . . . [and] also help lower blood pressure and improve vascular function.’’ But will readers understand that the amount of flavanols in a chocolate bar is not nearly enough to affect their health? No, Nestle said with obvious exasperation: ‘‘You’d have to eat an awful lot of chocolate to make a difference.’’

Nestle told me that if I eat more chocolate to up my flavanol intake, I’m consuming a lot more calories and fat, as well — which will be bad for my health. That’s because flavanol-rich cocoa has a bitter taste, so candy manufacturers add lots of fats and sugars to create commercial — delicious-tasting — chocolate.

One recent study reported that ‘‘higher levels of chocolate consumption might be associated with a one-third reduction in the risk of developing cardiovascular disease.’’ That sounds like great news, but the study authors point out that those benefits would require ‘‘excessive consumption,’’ with the probable side effect of ‘‘weight gain, a risk factor for hypertension, diabetes, and dyslipidaemia,’’ which increases the chance of clogged arteries and heart attacks, stroke, or other circulatory concerns, especially in smokers. Not so great.

Alice Lichtenstein, a professor of nutrition science and policy at Tufts University, also said ‘‘the data don’t support using [chocolate] as a health food.’’ Why do so many think it is? ‘‘It sounds great so I think people like repeating it,’’ she said.

Lichtenstein is critical of many of the studies, which she reminded me tend to come out right before Valentine’s Day — our National Day of Chocolate. They ‘‘lack plausibility’’ and are mostly ‘‘observational,’’ she said, which means they can show that two variables are related to each other but can’t prove cause and effect.

As an example, Lichtenstein pointed to a study published in the New England Journal of Medicine that showed ‘‘a very strong correlation between per capita chocolate intake and the number of Nobel Prizes awarded in any country. Does that mean the more chocolate you eat, the more likely you are to win a Nobel Prize?’’

I certainly hoped so, but Lichtenstein quashed my dream: ‘‘Obviously not.’’ Correlation is not causation, she said, a fallacy many people fail to understand. Eating more chocolate will not make you smarter or boost your chances of winning a Nobel Prize. Sorry.

Further dashing my hopes, Lichtenstein said that there is some research ‘‘suggesting biological effects, but those studies were done at high concentrations’’ of flavanols. To make her point, she told me about a study in the journal Nature Neuroscience that concluded people who consumed a high dose of cocoa flavanols performed much better on a memory test than those on a low-flavanol mixture. Wow, I thought. But then she added that a person would have to eat about ‘‘seven average-size bars’’ daily to consume enough flavanol for this possible benefit.

That study, it turned out, had other issues, notably that it had partial funding from Mars, the chocolate company.

‘‘I’m not impressed by the research that shows this [when] it is industry funded,’’ Nestle said. ‘‘It’s very hard to take seriously.’’ So take these studies with a grain of salt — but maybe not another square of chocolate.

To wrap up my ‘‘investigation,’’ I spoke to Katherine Zeratsky, a registered dietitian and licensed nutritionist at the Mayo Clinic and the author of ‘‘Can chocolate be good for my health?’’

Is it, I asked? ‘‘I think it possibly can be,’’ she said. ‘‘It’s like so many other foods, it probably depends on how it’s consumed, how much is consumed. . . .’’ From there, she moved quickly to the important difference between cocoa beans and chocolate, pointing out as Nestle had earlier that it’s the flavanol-rich cocoa beans that ‘‘are potentially health promoting’’ — not chocolate. (A Mayo Clinic representative told me that their ‘‘content is not influenced in any way by benefactors and donations to Mayo Clinic.’’)

There’s that problem again: With every delectable mouthful, the cocoa beans in chocolate offer tiny additional doses of flavanols — which are good for you — but far more additional fat, sugar, and calories — which are bad. It’s not a healthy trade-off.

So what’s a chocoholic to do? First, stop thinking of chocolate as ‘‘healthy.’’ Nestle said she eats dark chocolate with nuts, but she’s clear it’s a treat.

‘‘It’s a candy, and candy has a place in American diets,’’ she said. ‘‘That place is moderation.’’

Zeratsky urged people to look for chocolate that is 65 percent or higher made from cocoa, ‘‘where we may see some health benefits.’’ That means only dark chocolate since milk chocolate doesn’t have that much cocoa, which is how we measure ‘‘dark.’’

She also recommended that we keep our chocolate intake to the American Heart Association’s limit for discretionary calories — about 100 calories a day, or one square of dark chocolate. That yields about 140 milligrams of flavanols, below the level where you’ll likely get any health benefits. Enjoy it, like I do, but know it’s a treat.

OK, you can unfriend me now.