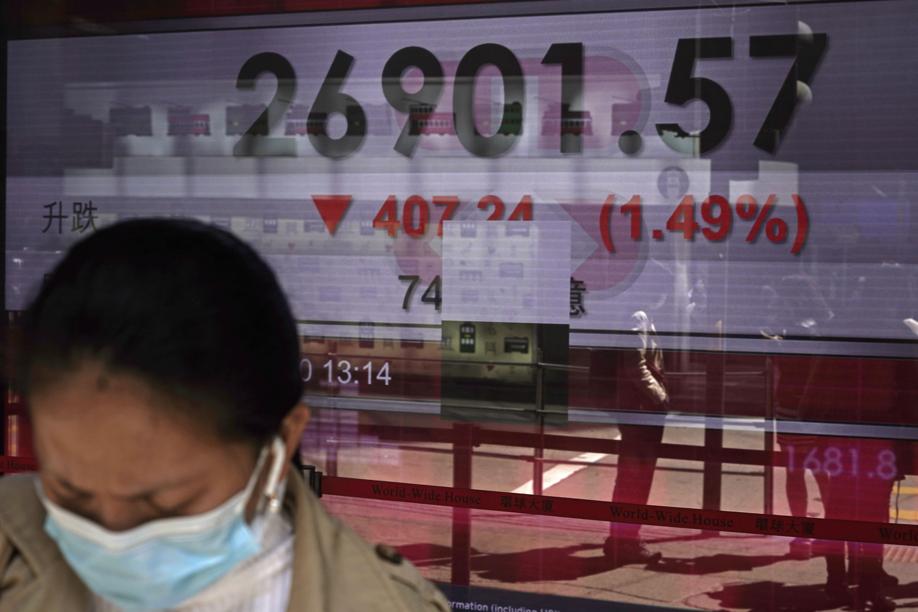 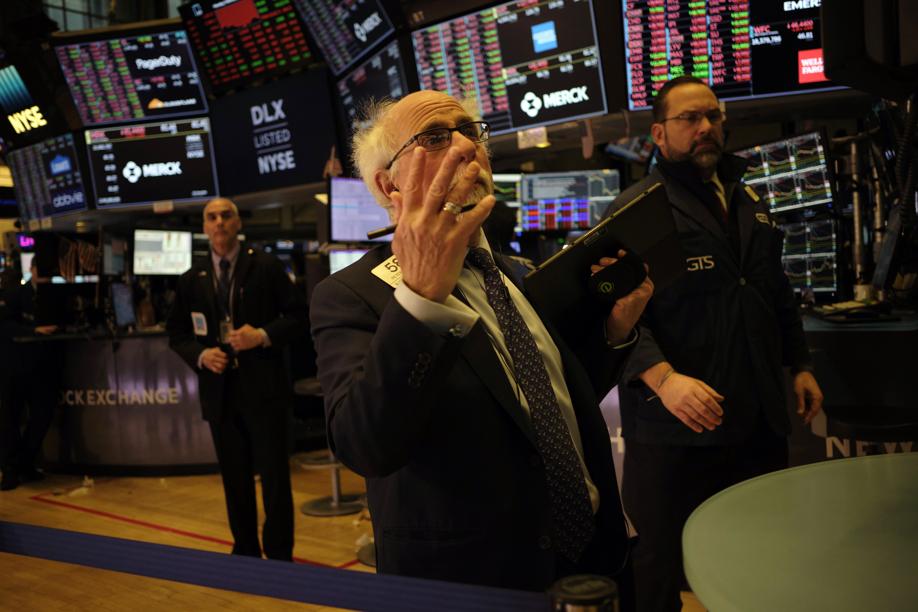 Financial markets plunged Monday, with US stocks showing their biggest loss in two years, amid mounting concern that the economic fallout from the deadly coronavirus would spread beyond China — where a lot of business activity has ground to a halt — to the rest of the globe.

The Dow Jones industrial average of 30 blue-chip stocks lost more than 1,030 points, or 3.6 percent, while the broader Standard & Poor’s 500 index shed 3.4 percent. It was the worst day for US stocks since February 2018 and wiped out this year’s gains for both indexes.

Investors had been relatively sanguine about the economic impact of the outbreak, with the Dow reaching a new high as recently as Feb. 12. But reports over the weekend about a surge of coronavirus cases in Italy and South Korea forced a reevaluation of how widely the illness would spread and how sharply it would undercut growth.

“This had been seen as mainly a China problem,’’ said Doug Butler, a senior vice president and director of research at Rockland Trust in Boston. “Now, there is more concern about how difficult this virus will be to contain.’’

In Italy, where the number of cases rose from three last week to about 150 on Sunday, the FTSE MIB index tumbled 5.4 percent. In Germany, which is heavily dependent on trade with China, the DAX index fell 4 percent. South Korea’s KOSPI index dropped 3.9 percent after the government reported about 700 cases.

In early trading Tuesday, Asian markets were mixed but showed signs of easing. Japan was down, while Shanghai and Hong Kong saw modest declines and South Korea ticked upward.

Yet, the turmoil reached beyond stocks. Oil prices fell on expectations that demand would falter as economic growth slows, and gold, considered a safe haven in times of turmoil, rose to its highest price since February 2013.

The yield on the 10-year US Treasury fell to 1.37 percent, near the all-time low of 1.32 percent in 2016, as investors bet that the Federal Reserve would cut interest rates to soften the blow of the virus crisis.

In January, weeks into the coronavirus outbreak in the central Hubei province of China, the consensus of economists was that China’s economy would take a short-term hit. Smaller ripple effects would be felt globally, especially by companies that rely on China’s vast supplier network for parts and products, or sell into China’s large domestic market.

But in the past week, as the number of countries and people affected has climbed, uncertainty among investors has deepened. China has locked down a huge chunk of its population, and many of the factories that churn out everything from cellphones to apparel to toys have been shut for weeks.

As of Sunday, there were more than 79,000 confirmed cases of the virus, called Covid-19, and nearly 2,700 deaths, according to the European Centre for Disease Prevention and Control. All but about 2,000 cases and 26 deaths had been in China.

On Saturday, the International Monetary Fund said it cut its forecast for Chinese economic growth to 5.6 percent from 6 percent and trimmed 0.1 percentage points from its global growth forecast.

In the United States, the Conference Board estimated on Feb. 12 that growth will slow to 2 percent this year, from 2.3 percent in 2019. The epidemic “could be a threat to . . . the world economy in the first half of the year, but the impact on the American economy is likely to be insignificant.’’

Estimates from others average about 1.5 percent, and the Conference Board could wind up being too optimistic.

“When you see the virus starting to have an impact on additional countries, especially Italy, it could really hurt the economy,’’ said Bill Zox, chief investment officer of fixed income at Diamond Hill Capital Management in Columbus, Ohio.

Zox said there was also a political facet to Monday’s selloff, which came after Vermont Senator Bernie Sanders, who is widely unpopular on Wall Street, cemented his front-runner status in the Democratic presidential primary campaign in the Nevada caucuses on Saturday. A sharp economic slowdown could make Sanders’ anti-capitalist message more appealing, while hurting President Trump’s reelection chances.

“As the virus fears escalate, it feeds into uncertainty over the election,’’ Zox said.

As the year began, US stocks were considered expensive, and expectations were that corporate earnings would have to increase to justify the valuations. That left little room for error.

“The general agreement was that the market was priced, if not for perfection, then a pretty robust economy going forward,’’ said Jeff Lancaster, a principal at Bingham, Osborn & Scarborough, an investment advisory firm in San Francisco. “This virus is clearly a concern. It undermines confidence.’’

While it’s too early to tell where the market will bottom out, stock valuations indicate the impact of the viral outbreak “isn’t going past first quarter,’’ said Nancy Perez, senior portfolio manager at the wealth manager Boston Private. “Investors see this as a one-quarter shock.’’