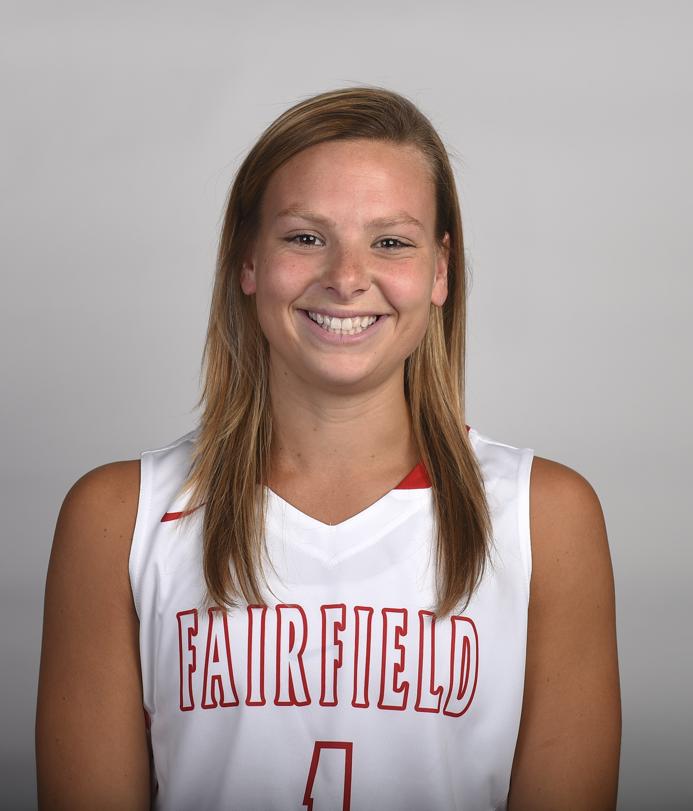 Lizzy Ball made her varsity debut on the girls’ basketball team as an eighth grader at Manchester Essex Regional High. By her junior season, she had already eclipsed 1,000 career points and played in a pair of Division 4 state finals at TD Garden against Cohasset. But her focus as a collegian, like it was when prepped for two seasons at the New Hampton School, is setting up her teammates for easy baskets, not scoring. As a senior captain at Fairfield University, the 5-fo0t-7 Ball is averaging just 4.4 points per game. But she has started all 23 games at the point for the Stags (13-10), logging 34.9 minutes per game, and paces the Metro Atlantic Athletic Conference (MAAC) with 5.0 assists per game and in assist to turnover ratio. Ball is also a dogged on-the-ball defender.

A. Right now, I’m the point guard of my team and my job is to really facilitate the offense and be one of the leaders, one of the main people communicating to everyone and getting everything going and setting the pace of the game.

Q. How has your game evolved through the years?

A. I started playing like that after I left Manchester. At Manchester, I had to be one of the ones doing the scoring. At New Hampton, we had three other Division 1 college players on the team and I could be a true point guard. I like making the reads and hitting my teammates for open shots and really running the offense.

Q. What’s a tip you can give to a young player?

A. Keep working hard with everything, whether you’re running through set plays, trying to find the open man or working to not let a person score. Take pride in the competition and get mad if someone scores on you and use that on the offensive end and keep playing hard.

Q. You are the treasurer of the ballroom dance club at Fairfield. When did you first get involved with ballroom?

A. I think I was in fourth grade . . . I wanted to get into dancing, but it seemed too late to get into any other type of dancing. My mother found a dance studio and I went and it was awesome and it was fun to compete. I stopped when I got more serious about basketball. Here, the dance club meets every Wednesday and we have an outside instructor come in and everybody’s welcome to come and learn. It’s a fun little thing to do.

Q. Do you make it every Wednesday?

A. I get there most of the time. It really depends on my basketball schedule. Sometimes I go and it’s hard to lift my arms because I’m so tired.

A. When I used to compete, I liked the cha-cha and the jive.

Q. Have you started thinking about the fact that your college basketball career will be over pretty soon?

A. I can’t believe it. I’ve been playing since I was 5. It’s real hard to think it’s going to be over soon. I owe so much to basketball. It’s paid for my education. It’s brought me to my great friends and to my fiancée. I owe so much to basketball I can’t even put it in words. It’s taught me so many qualities like hard work, and commitment and working as a member of a team and it’s just made me a better person.

Q. What do you think you will be doing in five years?

A. I have been thinking of going to school later to become a nurse practitioner. I’m engaged to be married, so I’ll be married. As for now, I think I want to go back to school.

Q. What’s your favorite place to visit in New England?

A. I would say Essex, my home. But my parents and my aunts and uncle just bought a bed & breakfast in Ogunquit, Maine. The Blue Shutters Inn. That’s my favorite place to go this summer.

Q. Why did you choose nursing as a major?

A. My mother’s a physical therapist and my older sister is a nurse and wants to be a nurse practitioner. There are a lot of people in the medical field in my family. When I was at New Hampton, I volunteered with a group at a veterans’ hospital and I started to think nursing could be a really great profession.

For full interview go to bostonglobe.com/north

PREVIOUS ARTICLE
Article 195 of 233
NEXT ARTICLE