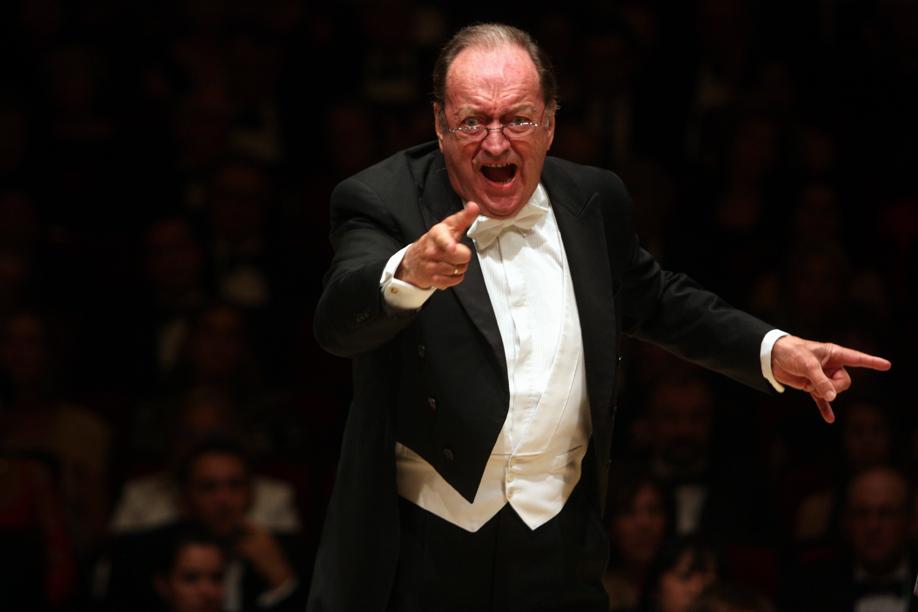 NEW YORK — Nikolaus Harnoncourt, a pioneering and influential early-music specialist and respected mainstream maestro, died Saturday in the village of St. Georgen in Attergau, west of Salzburg. He was 86.

His death was announced by his wife, Alice, on his website.

Mr. Harnoncourt, a cellist, founded the period-instrument ensemble Concentus Musicus Wien — with his wife as concertmaster — in 1953, and it remained crucial to his performance activities even as orchestral conducting came to dominate. He announced his retirement from performance in December, citing inadequate “bodily strength.’’

“I hate specialists,’’ Mr. Harnoncourt said in 1996 in an interview at his home in the Austrian Alps near Salzburg, where he had amassed a valuable collection of musical instruments.

Call him a specialist or not, and not to deny his multifarious other activities, he researched, performed, and recorded early music encyclopedically. In the 1970s and '80s he and the Concentus took part in a complete recording of the nearly 200 surviving Bach sacred cantatas for the Teldec label, sharing the performances with Dutch harpsichordist Gustav Leonhardt and his Leonhardt Consort.

Both leaders used small choruses of men and boys and boy soloists. Leonhardt's performances showed a certain gentleness, whereas Mr. Harnoncourt's were more assertive, with phrasings and accentuations that sometimes bordered on mannerism.

Mr. Harnoncourt was born on Dec. 6, 1929, in Berlin to an aristocratic family with roots in Belgium, Luxembourg, and France. He was raised in Graz, Austria, and trained in Vienna.

In Graz he became a member of the Hitler Youth. “If you didn’t go there every Wednesday and Saturday,’’ he said, “the Hitler Youth police would come, fetch you, cut your hair, and toss you into a group with other difficult ones who were treated terribly.’’

In Vienna, he played early on with the Vienna State Opera Orchestra. He liked to tell of his first experience there, a late assignment to play Strauss’ “Salome,’’ with its difficult parts for the cellos, which he had never seen, under the redoubtable conductor Karl Bohm.

“The whole 1½ hours was a nightmare,’’ he said. “To this day I don’t know what happened. But I must have done something correct, because the orchestra invited me again and again after that.’’

He was a cellist in the Vienna Symphony Orchestra from 1952 to 1969, when the Concentus became central to his activities, as it remained. His recording of Beethoven's Fourth and Fifth Symphonies with the Concentus was recently released. He typically directed the Concentus from the cello and conducted larger pieces.

As his podium career expanded, he led a Mozart cycle at the Vienna State Opera and a Monteverdi cycle at the Zurich Opera. His early signal successes as an orchestral conductor included a Mozart symphony series with the Royal Concertgebouw Orchestra. As with his Bach style, his way with Mozart was distinctive: strong, almost militaristic at times.

Yet he was eager to talk about the music with his musicians.

“When I sat in an orchestra, I always had this great question in my head: Why?’’ Mr. Harnoncourt said. “I think a musician has a right to get an answer to this question.’’

In both operatic and orchestra repertory, he moved seamlessly into later eras, traveling as far afield from the European baroque as Gershwin's “Porgy and Bess,’’ which he led at the Styriarte Festival in Graz in 2009 with the Chamber Orchestra of Europe.

“Lots of musicians said: ‘Don’t. You don’t have the right blood,’?’’ Mr. Harnoncourt said. “But Gershwin was Russian. Why should I understand his music any less than Dvorak?’’

“I’ve never had a medium orchestra in my life,’’ Mr. Harnoncourt said a dozen years ago. “That’s a gift.’’

PREVIOUS ARTICLE
Article 68 of 148
NEXT ARTICLE