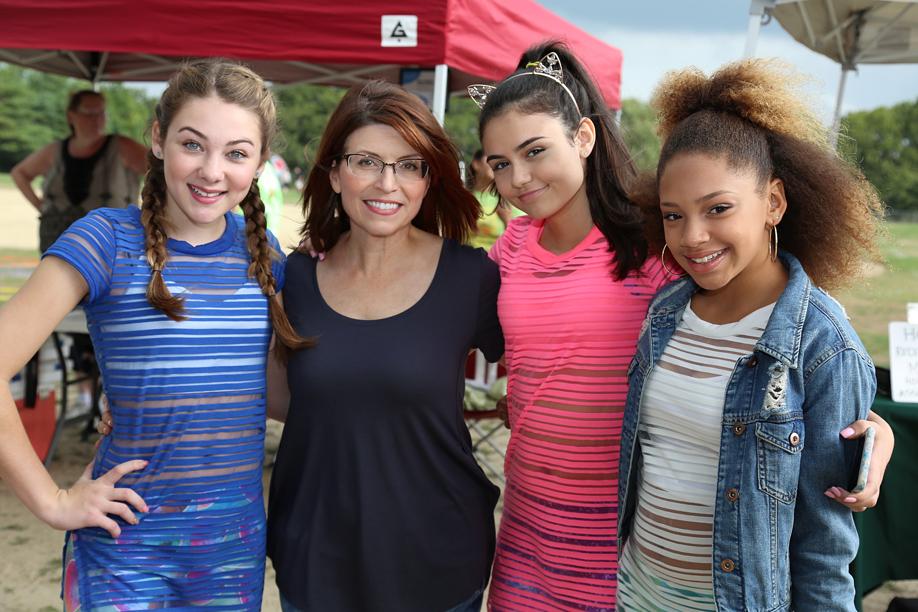 WCVB-TV reporter Mary Saladna was in Quincy to kick off the “Stars of Gold’’ 5K charity walk on Sunday. The pediatric cancer fund-raiser was held in memory of Esther Earl, who passed away from cancer at age 16. Quincy Mayor Thomas P. Koch was also there, and despite some gusty winds, the event was a success. “We lost a couple of tents, but then the sun came out and it was marvelous,’’ said Lori Earl, executive director of This Star Won’t Go Out, a Quincy-based nonprofit that the Earl family founded in 2011. The walk raised about $12,000, she said. Pictured: Saladna (second from left) with members of the singing group 3D — (from left) Emily Shively, Jazmin Johnson, and Meadow Armstrong — who later performed.

PREVIOUS ARTICLE
Article 65 of 129
NEXT ARTICLE