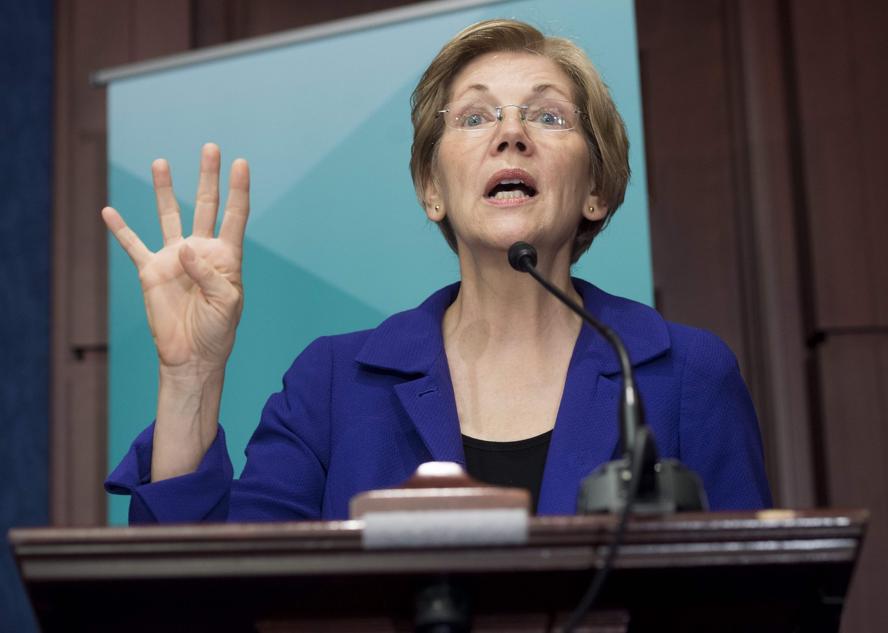 Former Massachusetts senator Scott Brown said this week that Senator Elizabeth Warren should take a DNA test to prove once and for all whether she is part Native American — a claim she has attributed to her family lore. But the country’s leading ancestry testing companies had an emphatic response: DNA testing can’t provide a definitive verdict.

“Just because DNA [associated with Native Americans] isn’t there doesn’t mean you should give up your family stories,’’ said Jake Byrnes, manager of population genomics at AncestryDNA.

After Warren emerged as Donald Trump’s adversary in chief on Twitter, he revived accusations that she lied about having a Native American — Cherokee or Delaware — ancestor, as her family lore said, and began calling her Pocahontas. When the issue first arose, during Warren’s successful 2012 race against Brown, documents (later called into doubt) suggested a great-great-great- grandmother was Cherokee.

“She can take a DNA test,’’ Brown, a Trump supporter, told reporters in a conference call arranged by the Republican National Committee.

The DNA-testing companies AncestryDNA (part of Ancestry.com) and 23andMe both sell tests that tell customers what “percent’’ they are of more than two dozen geographic and ethnic groups, from “European Jewish’’ and “Finland/Northwest Russia’’ to “Benin/Togo’’ and “Asia East’’ — and Native American. They comb DNA, from cheek swabs that customers mail in, for some 700,000 genetic variants across the 23 human chromosomes, looking for telltale signatures that are associated with one or more of those groups.

Applying proprietary algorithms to the test results yields a report telling a customer that she is some percent Sardinian, for instance, some percent Balkan, some percent East African, and so on.

“It’s the percent of your DNA that’s associated with that group,’’ Byrnes said. “We don’t try to give you the precise number of ancestors.’’ So “10 percent Korean’’ doesn’t mean three of your 32 great-great-great grandparents were Korean.

But those percentages are only as good as the databases scientists have compiled, which show which genetic variations go along with which ethnic or geographic groups. AncestryDNA uses one containing about 3,000 individuals from across the world, Byrnes said, complete with their DNA information and family tree. But only 131 are Native Americans, from both North and South America.

That small number means only a handful are, say, full Cherokees or Delaware, which may be too few to fully capture all the DNA variants that a specific tribe, or Native Americans generally, have. If someone has Native American DNA that happens not to have been captured in the database, the testing companies can’t identify it.

As the American Society of Human Genetics warned in a 2010 paper that a spokesman said still reflects the group’s view, “even the [best] databases . . . reflect a woefully incomplete sampling of human genetic diversity, and this has important consequences for the accuracy’’ of ancestry testing.

The small number of Native Americans in the databases also means the companies cannot tell customers which tribe their ancestors belonged to. Their ancestry tests are uncertain enough that they “cannot be used as a substitute for legal documentation,’’ AncestryDNA warns.

The biggest problem, however, is that individuals’ DNA comes from only a fraction of their ancestors. Every time an egg and sperm merge, roughly half the DNA of each parent makes it into the child-to-be.

“If you go enough generations back there is a chance you don’t have any DNA from a particular ancestor,’’ said population geneticist Kasia Bryc of 23andMe. That chance rises the farther back you go.

The chance of an ancestor’s DNA not making it to a descendant is greater when a family tree has extensive “admixture,’’ meaning ancestors from multiple population groups — as Warren has said hers does.

PREVIOUS ARTICLE
Article 2 of 125
NEXT ARTICLE