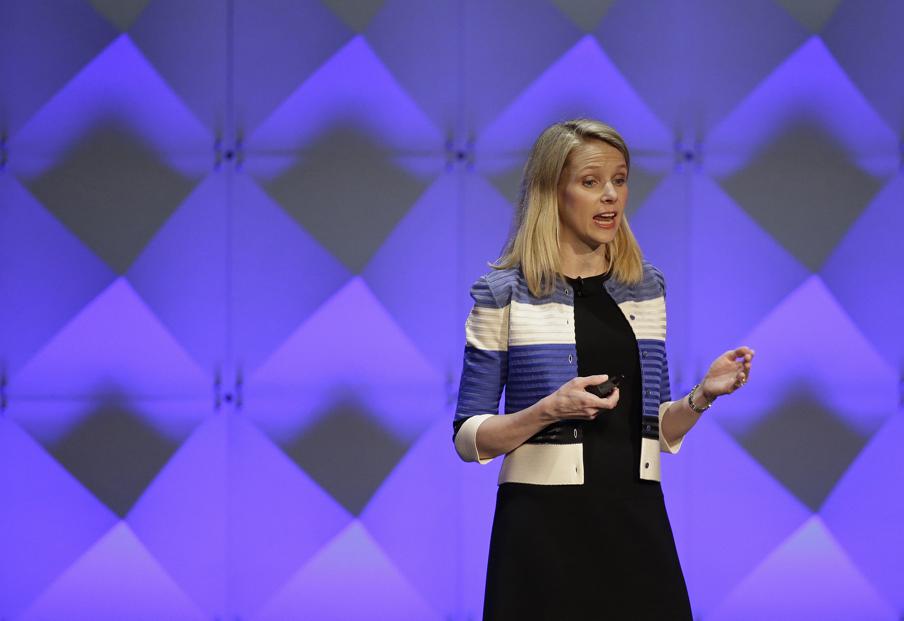 SAN FRANCISCO — The activist hedge fund Starboard Value announced Thursday a slate of nine candidates to run for the board of Yahoo, commencing a fight for control of the embattled Internet company.

In doing so, Starboard is seeking to oust Yahoo’s entire incumbent board as the company pursues a potential sale of itself.

The slate of candidates includes Jeffrey Smith, the chief executive of Starboard. The fund said in a letter to shareholders that it holds a 1.7 percent stake in Yahoo.

“It is unfortunate that this action is necessary,’’ Starboard said in the letter to investors. “As you know from reading our prior letters, we have been attempting to work with Yahoo for the past 18 months. Over this time frame, we have repeatedly requested an opportunity to work with the company, including offers to join the board and work constructively with the current directors. At every step of the way, management and the board have pushed us away.’’

Starboard had previously called into question the leadership of Marissa Mayer, Yahoo’s chief executive and a director.

By increasing the pressure on Yahoo’s board, Starboard believes, it will bolster the chances that the onetime Web giant will finally sell its core businesses.

Yahoo has argued that it is serious about exploring such a sale, retaining three investment banks and contacting a number of potential buyers, including telecommunications giants, media companies, and private equity firms. A number of possible suitors have signed nondisclosure agreements, though the process is still in its early stages.

But in its letter, Starboard contends that there are reasons for shareholders to be “highly concerned’’ about the sale process.

“Despite what appears to be strong interest from large strategic and financial buyers, as referenced in the media, nearly two months have gone by since Yahoo officially publicly announced its intention to pursue strategic alternatives for the core business, and it seems little progress has been made,’’ it said.

The other Starboard candidates for the board are:

¦ Brad W. Buss, who has served as chief financial officer of SolarCity and Cypress Semiconductor.

¦ Richard S. Hill, a former executive at Novellus Systems who has served as chairman of Tessera Technologies.

Earlier this month, Yahoo appointed two new directors to its board: Catherine J. Friedman, a former investment banker at Morgan Stanley, and Eric K. Brandt, the former chief financial officer of the chip maker Broadcom. Starboard was not consulted about the appointments, a signal that Yahoo intended to hold firm against the investor.

A rival slate of directors would present another hurdle for Mayer, who has labored to turn Yahoo around since taking over in 2012. She has grappled with multiple issues at the company, including departures of top executives and the handling of Yahoo’s valuable stake in the Chinese e-commerce company Alibaba.

In a short statement Thursday, Yahoo said that it would “review Starboard’s proposed director nominees and respond in due course.’’

Shares of Yahoo were down about 1.7 percent in early trading Thursday.

Kenneth Goldman, Yahoo’s chief financial officer, said in an interview last week that “there are tons of people who are pulling for us, including many, many investors who may not be that outspoken.’’

Starboard rose to fame by taking on Darden Restaurants, the owner of Olive Garden, successfully ousting that company’s entire board after an unusually blistering public attack that accused the restaurant operator of insufficiently salting its pasta water.

Yahoo is no stranger to activist investors. Nearly four years ago, the hedge fund mogul Daniel S. Loeb took aim at the company and helped orchestrate the ouster of its then-chief executive, eventually claiming three seats on the board and pushing for the hiring of Mayer.

PREVIOUS ARTICLE
Article 78 of 144
NEXT ARTICLE