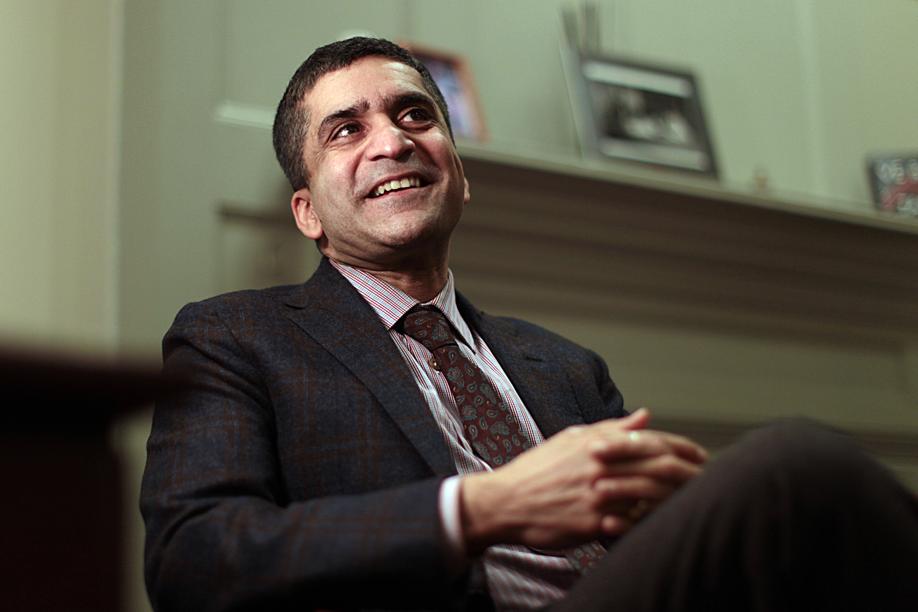 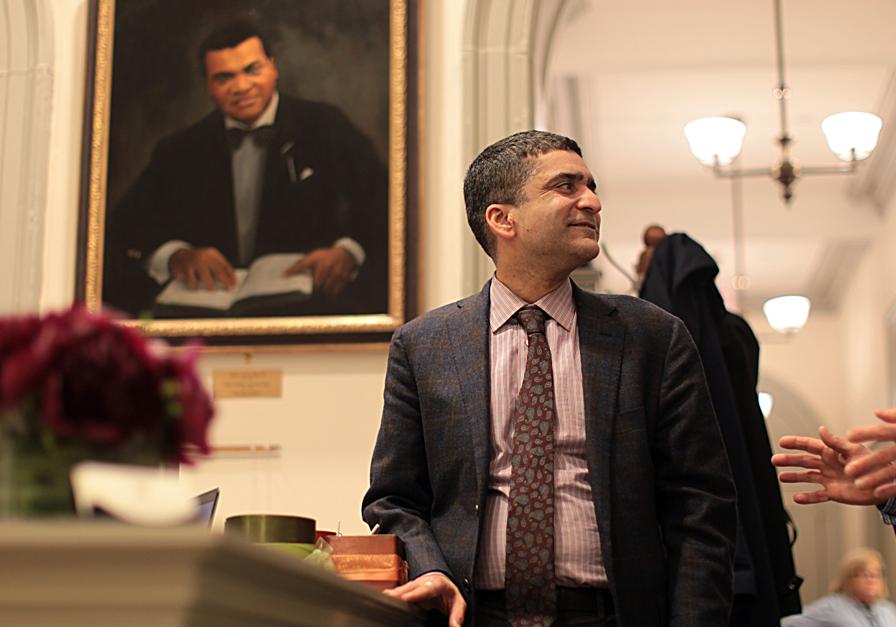 CAMBRIDGE — As Harvard College moves to abolish the term “house master,’’ as pressure mounts for the all-male final clubs to admit women, and as administrators seek to curb sexual assaults, it’s hard to ignore: Cultural change is afoot in Harvard Yard.

The man spearheading these changes, and others, is the undergraduate dean, Rakesh Khurana.

He has been working on making the nation’s most elite college a more inclusive place even before campus protests became common occurrences last year at schools in the area and beyond.

Khurana, a business professor who stepped into the deanship a year and a half ago, says the initiatives are not his own ideas; they stem from concerns voiced by students, faculty, and other staff.

The college, like many institutions founded in eras of fundamentally different social and economic systems, must determine how to honor its history while embracing a changing world.

“Following a tradition blindly or in an uncritical way is actually antithetical to thinking,’’ Khurana said in a recent interview in his University Hall office.

The dean is an expert in corporate culture, and uses his skills to analyze the undergraduate landscape. Khurana also lives with undergraduates, as co-master in Cabot House with his wife, Stephanie, and their three children, so he hears about students’ daily struggles.

The new term for house master, which some find offensive because of connotations about slavery, is set to be announced in January.

One of the dean’s most high-profile initiatives is a push to persuade the school’s elite social clubs, bastions of male privilege, to accept women. The clubs, known as final clubs, are privately run and not recognized by the university; however, their membership is made up only of Harvard students and they’re known for exclusive parties.

Khurana said he has asked all the final clubs to become co-ed and take other steps to be more inclusive. Two have so far, but members of one club, the Fox, said the dean unfairly coerced them.

Khurana is adamant in his push to reform the clubs.

“The final clubs are inconsistent and antithetical to the mission of Harvard College,’’ he said, a mission that emphasizes the importance of living and learning with people who are diverse.

In response to some who say the university has no business targeting institutions separate from the college, Khurana said their effect is not separate.

Khurana, 48, appreciates how a Harvard education can change a person’s life. He moved to the United States from India when he was 5 and attended New York City public schools.

He earned his undergraduate degree from Cornell University and his master’s and doctorate from Harvard.

The privilege of attending such an elite school comes with a responsibility to uphold its mission and values, he said.

“What we’re really trying to do is help students become the person they said they wanted to be in their applications,’’ Khurana said.

Students live in an increasingly connected world, he said, and if they don’t learn to engage with people who are different on campus they won’t be successful tackling the massive, planetary problems that entice Harvard graduates.

“If we can’t do it here, we’re not going to be able to do it out there,’’ Khurana said.

The changes that have taken place so far are just the beginning, Khurana said. He is also working on several initiatives to reshape the academic curriculum, and said there will likely be an examination of disparities in concentration choices and why people switch out of some programs.

The college is also encouraging more on-campus social events like the [BLANK] Party last October on the Science Center Plaza. That event, organized by women’s undergraduate groups, had a purposefully ambiguous title to make everyone feel welcome. More than 1,000 students attended.

“That was awesome, I’d never been to a cooler party than that,’’ said Wyatt Robertson, a sophomore on the Undergraduate Council and College Events Board.

Robertson praised the dean’s efforts to connect clubs on campus that might never interact through a “bridging and belonging’’ initiative and said the school should hold more events like last year’s [BLANK] Party and mid-blizzard tropical party, #HarvardOasis.

Reducing sexual assaults is also a major focus of the dean’s efforts. In a survey released last year, 25.5 percent of undergraduate women, and the same percentage of LGBTQ students, said they had been sexually assaulted since entering Harvard.

The college faces pressure from the federal government to improve its handling of sexual assault cases and the issue is tied to the push to reform final clubs.

William Greenlaw, a junior from Indiana, said the campus is inclusive, but there is more to do. He is part of a push to improve the college’s mental health services by hiring more diverse staff and making students of color feel more welcome there.

“I have 100 percent confidence in Dean Khurana; he has always shown an excellent willingness to work with the community,’’ Greenlaw said.

PREVIOUS ARTICLE
Article 22 of 195
NEXT ARTICLE