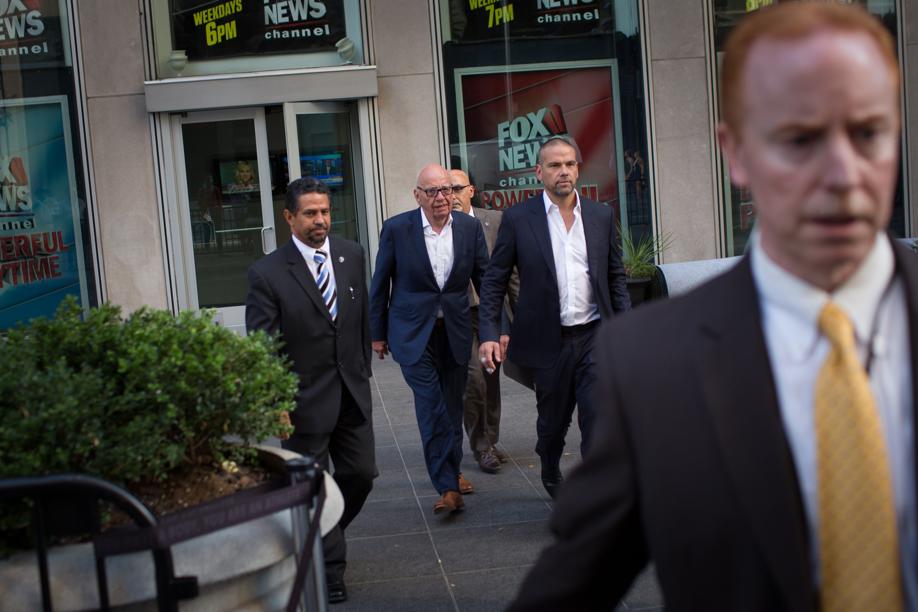 NEW YORK — In 2006, after nearly a decade at CNN, Rudi Bakhtiar came to the Fox News Channel’s headquarters in New York with a command of foreign policy, an appealing personality, and a delivery that easily switched between light and serious.

Fairly quickly, she said, she was spending half her time in Washington, where the network sent her to fill in temporarily as a weekend correspondent, a post she hoped to win permanently.

Her break seemed to come in early 2007, she said, when she met for coffee in the lobby of her Washington hotel with a friend and colleague, Brian Wilson. He told her he would soon become Washington bureau chief and wanted to give her the weekend job. Then he said, “You know how I feel about you, Rudi.’’

Recalling the encounter in a phone interview this past week, Bakhtiar said she was thrilled and told Wilson she would make him proud. But, she said, he repeated himself, asking, “You know how I feel about you?’’

When she asked him what he meant, he said, “Well, I’d like to see the inside of your hotel room,’’ adding that he wanted a friends-with-benefits relationship.

She politely rebuffed him, she said, apologizing for giving him any wrong impression. After that rejection, she felt caught in a whirlwind in which, she said, network executives canceled her Washington appearances, directed her to report her allegations to human resources and, a few weeks later, let her go.

Fox News chairman Roger Ailes told Bakhtiar that her tenure was ending because of her performance. Within a few weeks, she went from potentially landing the job she coveted to unemployment. After mediation, she reached a settlement in which Fox News paid her an undisclosed amount.

On Friday, Wilson said of Bakhtiar’s account: “I take strong exception to the facts of the story as you have relayed it to me, period. Beyond that, I will have no further comment.’’

Bakhtiar concedes that she agreed in her settlement not to speak of her experience. But she said she was emboldened to step forward by the sexual harassment lawsuit that former Fox News anchor Gretchen Carlson brought against Ailes this month, and a subsequent investigation that has brought to light at least 10 other claims of improper behavior involving him. Ailes resigned from Fox News on Thursday.

The investigation, which was conducted by Fox News’ parent company, 21st Century Fox, focused narrowly on Ailes. But in interviews with The New York Times, current and former employees described instances of harassment and intimidation that went beyond Ailes and suggested a broader problem in the workplace.

The Times spoke with about a dozen women who said they had experienced some form of sexual harassment or intimidation at Fox News or the Fox Business Network, and half a dozen more who said they had witnessed it.

Two of them cited Ailes and the rest cited other supervisors. With the exception of Bakhtiar, they all spoke on the condition of anonymity, citing embarrassment and fear of retribution. Most continue to work in television and worry that speaking out could damage their careers.

They told of strikingly similar experiences at Fox News. Several said that inappropriate comments about a woman’s appearance and sex life were frequent. Managers tried to set up their employees on dates with superiors.

In a statement Friday, Julie Henderson, a spokeswoman for 21st Century Fox, said, “As we’ve made clear, there’s absolutely no room anywhere at our company for behavior that disrespects women or contributes to an uncomfortable work environment.’’

The company also said its business standards manual includes instructions on how to report harassment and inappropriate behavior. There are several options, including an anonymous phone line.

Fox News and the Fox Business Network are based at the News Corp. headquarters in Manhattan. The networks were run with an iron fist by Ailes, the chairman and a former Republican strategist, who established them as a lucrative profit center and an influential voice in conservative politics.

Messages sent to Ailes’s lawyers seeking comment were not returned.

Other women, however, said the environment was not as bad as recent news suggested. Ashana Clark, who worked as a makeup artist for Fox News from 2003 to 2014, said in an interview that the company held sexual harassment training sessions at which employees were instructed not to make sexual jokes or references. “After that,’’ she said, “you didn’t see a lot of it.’’

She also said many of the women she worked with “loved Roger Ailes’’ and were “very grateful to him.’’

Several former Fox News employees said that people were afraid to speak up but that many women viewed the behavior there as par for the course in the broadcasting industry, where appearance is so highly valued.

“There is a culture where, not that you accept it, you just deal with it,’’ one former employee said.

Bakhtiar, who now works as a producer for Reuters, said she was risking a lawsuit to speak out because her experience “ruined my life’’ and also because she said she believed that “this environment has to change.’’

PREVIOUS ARTICLE
Article 17 of 220
NEXT ARTICLE