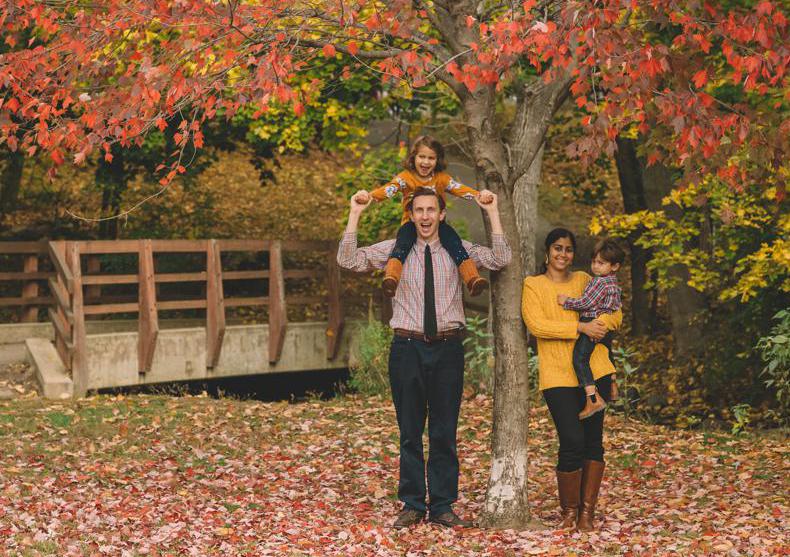 Because mainstream children’s books often fail to show kids the representation they need to see, Brian and Simmy Buck (with their children Arya and Kiran) started Loving Little Minds, a nonprofit that ships a hand-picked selection of multicultural books to families every month.
PREVIOUS IMAGE

But mainstream children’s books often fail to show kids the representation they need to see, said Medford mother of two, Simmy Buck. Many of these books center white characters in white environments. So much so that Buck never saw another Indian-American woman in her childhood favorites — think “Nancy Drew’’ and Judy Blume.

That’s why she and her husband started Loving Little Minds, a 501(c)(3) nonprofit that ships a hand-picked selection of multicultural books to families every month.

Parents can sign up for the six- or 12-month program online. Then every four weeks, a picture book arrives at their doorstep. Each book may feature children of color, feminist concepts, messages of racial justice, or cultural holidays.

“Books that represent all kids,’’ Buck said. “That open them up to all facets of our world.’’

Buck’s initiative started in June when a series of police killings — including George Floyd, Breonna Taylor, and Ahmaud Arbery — revitalized the Black Lives Matter movement. Families were reassessing their biases and evaluating how they could help, she said.

With her partner, Brian, an educator at Arlington public schools, she did the same.

“My family and I wanted to do something,’’ Buck explained. “The conversations around racial equity had reached a crescendo, and people were reckoning with their own personal experiences around race.’’

Buck collected donations through a GoFundMe page that raised the $4,000 needed to purchase, package, and ship books to 50 families until December. Many of the first participants lived locally and already knew the Bucks.

From there, the couple chose each month’s book through a public process on the @lovinglittleminds Instagram. One choice caters to kids up to 2 years old; another for children 3 to 6. And the Bucks buy the books from independent shops and publishers — some of whom have people of color at their helm. The family packages the boxes from their Medford home.

The project has expanded since its creation, which showed the Bucks that “representation matters so, so much.’’

Loving Little Minds now collects donations and sign-ups via its website, lovinglittleminds ­.com. In the current six-month round (January to June), the program caters to 50 families, but those kids are spread across the country — rather than just in Massachusetts. The free summer cycle is full, but has an open waitlist. Interested families can still sign up for the paid subscription plan that delivers monthly books for $90 for six months or $180 for the year. Also, anyone can “sponsor’’ a family for $15 per month. Only 10 percent of the current total subscribers pay for the service.

Mansfield resident Kat Brown enthusiastically stayed on after the first cycle ended. Her kids enjoy the surprise of a package each month, catered specifically for them.

There’s been a number of favorites, she said, including “The President Wears Pink.’’ But “Let’s Celebrate 5 Days of Diwali!’’ introduced her 2-, 4-, and 6-year-old children to a holiday they didn’t know existed.

“This program started during a time when there was a lot of hatred and anger toward others in the world,’’ Brown said. “My kids were exposed to some of it, even if we were trying to keep it from them. These books offer messages of acceptance and tolerance and equality instead.’’

She gifted a six-month subscription to a few family members this Christmas.

In the future, Buck hopes seeing diverse stories is the norm in homes, schools, and libraries. But she plans to keep the initiative going as she works full time in scientific publishing.

“Twenty years ago when I was a kid and seen as ‘the other,’ it was rare to find a book that included me or people who look like me,’’ she said. “So I want to make sure that future generations of parents and educators are giving kids a fair representation of who they are. And Loving Little Minds is chipping away at that a little bit.’’