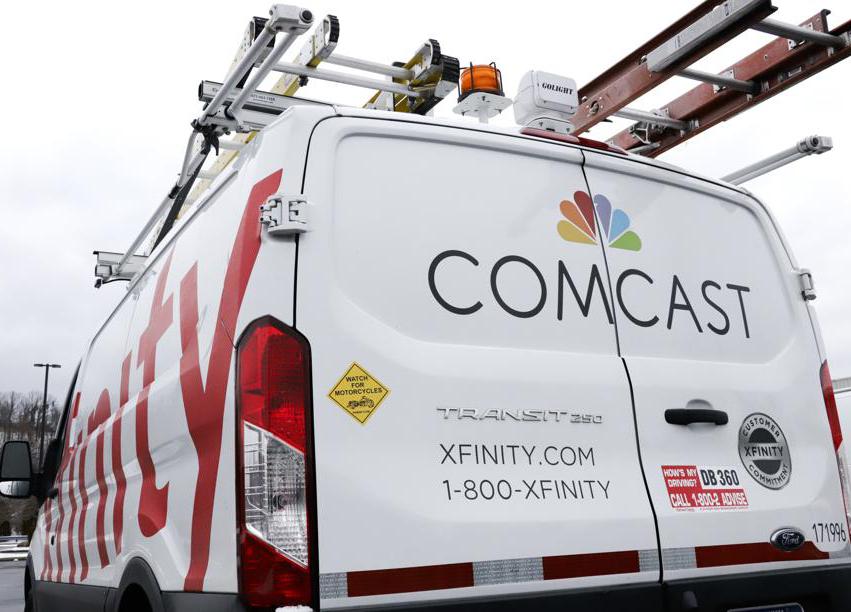 In theory, cable-based systems are capable of much faster upload speeds. A new standard set for rollout in several years promises up to 6 gigabits per second on upload, 10 for downloads.
PREVIOUS IMAGE

It’s been slow going lately for Robb Topolski of Yarmouth Port, and not just because the COVID-19 pandemic has put him out of work. His home Internet service has let him down, as well, leaving him unable to upload the self-produced music videos that keep him busy during the lockdown.

“We’re trying to put a fire hose worth of data through a straw,’’ said Topolski, whose otherwise robust Comcast broadband account limits his upload speeds to just 5 megabits per second.

Common among home Internet services, slow upload speeds have become a nuisance for a growing number of users. Stranded at home by COVID-19, they are testing the limits of current data caps with constant videoconferencing, online gaming or, like Topliski, content of their own that they publish on sites such as YouTube.

All these activities require users to send lots of data, rather than just receive it. And in many households, several people will be online at once, using up the limited upload capacity.

OpenVault, a research firm, says pandemic-related online activities are driving a surge in upstream data traffic from US households, with uploads increasing by 56 percent in the second quarter of 2020, compared to a year earlier.

Topolski, 57, who worked as a technology system administrator, sings in a harmony group called Centertonix. When they decided to record Christmas songs and post the videos on YouTube, pandemic restrictions prevented them from meeting. So the 12 singers shot videos of themselves singing their parts separately, then uploaded each video to an editor to stitch them together.

For Topolski, that meant uploading multiple large video files. Often, he and his spouse could not use their voice-over-Internet phone system, because the uploads consumed every bit of network capacity. Topolski could sign up for Comcast’s telephone service, which is unaffected by the uploads, but he does not want to pay extra for it.

Another Comcast subscriber, 23-year-old Jasmine Heyward of Boston, has a service plan that’s supposed to provide download speeds of up to 600 megabits, and 25 megabit uploads. But Heyward, who teaches journalism to teens, said she’s not getting the speed she pays for. And slow uploads are a particular nuisance, Heyward said, because she often shares recorded videos along with live images during her online classes.

“Either my voice is being delayed or the video I’m showing them is being delayed or I’m trying to share a video with them and it’s dropping frames and they can’t really see what’s going on,’’ Heyward said. “I need more speed, and I would also love to be getting what I’m paying for.’’

Slow uploads aren’t a problem for fiber-based broadband networks like Verizon Communication’s Fios, which competes with Comcast in the Boston area. Fiber-based systems are symmetric networks, meaning they can handle uploads as fast as downloads.

But Comcast and other broadband companies that started in the cable TV business built their network around the copper wires that were already in millions of homes. Cable systems used thick coaxial cables that could handle far more data than the skinny copper wires that handled old-school telephone service. Still, they were designed to carry analog television frequencies, not streams of digital data. And most of their capacity was consumed by TV shows.

To squeeze Internet onto the same wires, cable engineers had to develop creative and sometimes clunky workarounds. One of them was to make them asymmetric, meaning they had a large range for downloading data, but a much smaller amount for uploads.

It made sense at the time. In the early days of the Internet, most consumers pulled in lots of data, like music and videos, but transmitted little more than the occasional e-mail. Over the years, user upload speeds have increased as more people embrace videoconferencing and gaming. Still, uploads on today’s cable-based broadband systems remain far slower than downloads. For example, Comcast offers a plan with an ultrafast download speed of 1 gigabit per second, but just 35 megabits per second for uploads.

In theory, the latest cable-based Internet systems are capable of much faster upload speeds — as high as 1.5 gigabits. And a new technology standard set for rollout in the next several years promises up to 6 gigabits per second on the upload, and 10 gigabits for downloads.

Comcast has successfully tested a symmetric version of this system that delivered 1.25 gigabits for uploads and downloads alike. But for now, Comcast offers just one symmetric service, Gigabit Pro. It delivers 2 gigabits per second in both directions. But Gigabit Pro costs $300 a month and requires the installation of an optical fiber connection.

“Over the years, we have consistently increased both upload and download speeds, and we continue to keep a close eye on usage patterns to ensure we are providing the best service possible,’’ said a statement from Comcast.

Gary Bolton, president of the Fiber Broadband Association, said the upload performance of today’s cable Internet services isn’t good enough. A study by the association concluded that a US household of four needs a minimum upload speed of 48 megabits per second for good performance, and that the number will soar to 400 megabits per second by 2025, as more consumers embrace telemedicine, virtual reality gaming, and 8K video applications.

In Bolton’s view, we’ll all be superusers in a few years, and we’ll need fast Internet in both directions. “It’s no longer an asymmetric world,’’ he said.