CVS under fire for claims about eye-care product
PREVIOUS IMAGE 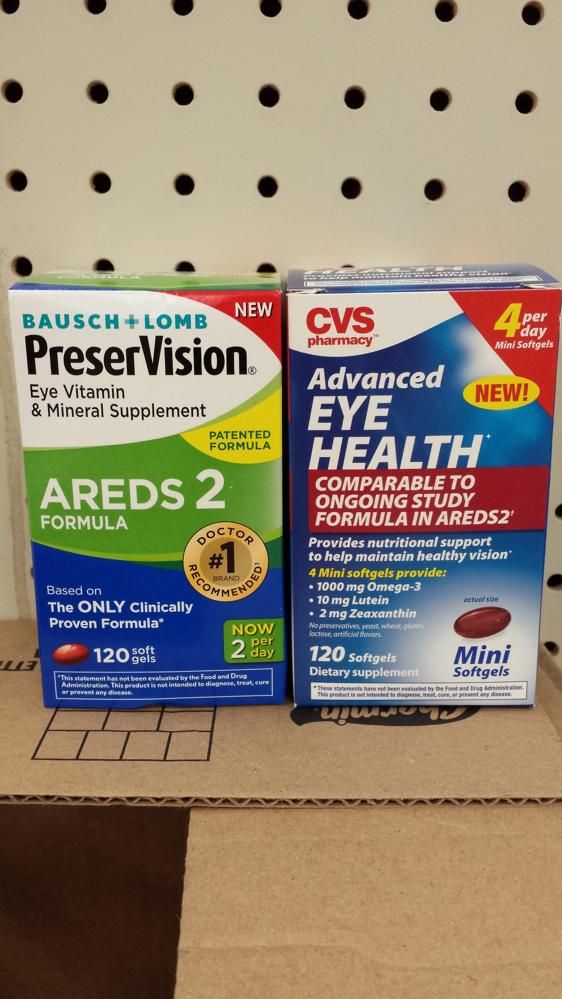 CVS’s label suggests its product is as good as a rival’s. (mouseprint.org) 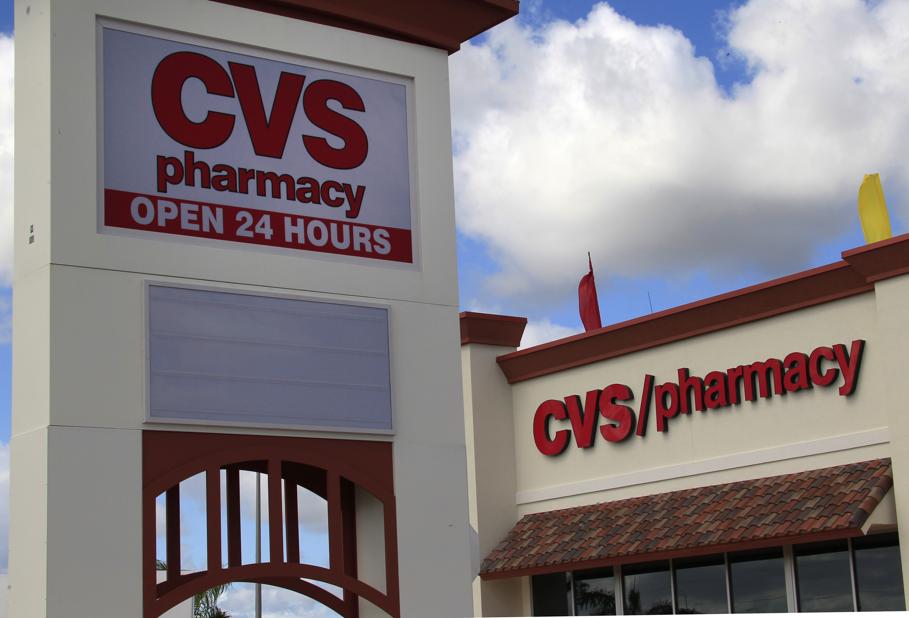 CVS, based in Woonsocket, R.I., says there is nothing wrong with the way it marketed its Advanced Eye Health product. (Associated Press/File 2011)
By Colman M. Herman
Globe Correspondent

In the supermarket, consumers often pick store-brand products as less expensive alternatives to name brands. When it comes to prescription drugs, insurers require generics when available. The rationale: You can get essentially the same product for less.

But sometimes there are significant differences with potentially adverse health consequences.

Consider what happened to G. Dana MacDonald. The 91-year-old Belmont resident has an eye disease called age-related macular degeneration. His ophthalmologist prescribed a product from Bausch + Lomb called PreserVision AREDS2, a nutritional supplement proven in government clinical trials to slow the progression of his disease, which often leads to blindness.

In 2014, MacDonald switched to CVS’s Advanced Eye Health because it was half the price and claimed on its label to be “comparable to ongoing study formula in AREDS2.’’ Just how comparable it was is a matter of dispute — and at least one lawsuit.

Age-related macular degeneration, or AMD, blurs the sharp central vision, which allows us to see objects that are straight ahead. It accounts for more than 50 percent of all blindness in the United States, according to the National Eye Institute.

At the beginning of the last decade, a clinical trial conducted by the institute, called the Age-Related Eye Disease Study (AREDS), determined that a high-dose combination of five nutrients (vitamins C and E, beta-carotene, zinc, and copper) could reduce the risk of severe vision loss by 25 percent for many people with the disease.

In 2006, a follow-up study, AREDS2, began to examine a formula that substituted lutein and zeaxanthin for the beta-carotene, which is associated with a higher risk of lung cancer in smokers. The new formula worked just as well, according to findings released in 2013.

To capitalize on the success of an earlier version of PreserVision, CVS introduced Advanced Eye Health in 2012, before the second study was published. The front of the package carried the claim about being “comparable’’ to the formula being studied in AREDS2 by the National Eye Institute.

But the CVS product, which the company placed on the shelf right next to the PreserVision AREDS2 after it was introduced in 2013, was much different. It did not contain four of the six proven nutrients being studied by AREDS2: vitamin C, vitamin E, zinc, and copper.

The CVS product contained the lutein and the zeaxanthin, plus omega-3 fatty acids, which the AREDS2 study ultimately found to be ineffective in slowing the progression of macular degeneration.

“Clearly it was very misleading,’’ said Dr. Jorge Arroyo, an ophthalmologist who treats macular degeneration at the Beth Israel Deaconess Medical Center in Boston. “Patients who took the CVS product could have a 25 percent higher risk of their macular degeneration progressing and losing vision.’’

“The CVS version was not subject to rigorous clinical testing,’’ said Dr. Ingrid Scott, a professor of ophthalmology at the Pennsylvania State College of Medicine who has written about formulations that do not adhere to the AREDS requirements.

Dr. Emily Chew, the physician at the National Eye Institute who headed the AREDS2 study, would not comment directly on the CVS product. “I can’t vouch for other formulations,’’ she said. “We do know that the AREDS2 is what we worked on and that’s what we recommend.’’

Alleging unfair and deceptive marketing and labeling practices, the Center for Science in the Public Interest in Washington, D.C., and Boston class-action lawyer John Roddy of the firm Bailey & Glasser filed a lawsuit last year in California against CVS.

CVS, based in Woonsocket, R.I., says there is nothing wrong with the way it marketed its product.

“When our Advanced Eye Health product was launched in July 2012, AREDS2 was ongoing,’’ said Michael DeAngelis, director of communications for CVS Health in a written statement. “[It] was formulated with the same nutrients that were the primary focus of the study. We did subsequently remove the comparison statement from the product until the study finished and the results were released.’’

Chew, the chief investigator in the AREDS2 study, said the study tested only pills that combined the proven ingredients with the new ones, and never tested just the three ingredients in the CVS formula in isolation.

While CVS said it changed its packaging, the older box could still be found on some store shelves at least until January 2015 — 21 months after the AREDS2 study results were published online.

MacDonald, the Belmont senior with macular degeneration who took the CVS product, was disturbed by what happened to him. “I was very upset when I realized that I wasn’t taking the formula my doctor prescribed, and I told CVS that,’’ he said.

In a letter to CVS, MacDonald pointedly asked: “How can a company that appears to project a quality reputation as you do decide to sell such a contradictive product? It is not only dishonest, it convinces regular customers like myself to never purchase CVS store brands again.’’

In response, CVS gave MacDonald an explanation and a $20 CVS gift card “as a token of our appreciation for bringing this matter to our attention.’’

Since then CVS has changed the ingredients and the packaging a number of times. According the label, it has 75 percent less zinc than the brand name and it now says “Compare vs. PreserVision AREDS2 Formula.’’

Roddy, the Boston attorney who is one of the lawyers representing the plaintiffs in the California lawsuit against CVS, said that he has had a number of conversations with CVS about resolving the lawsuit.

“If we can’t reach consensus soon, we will ask the court to certify a class of all Advanced Eye Health purchasers,’’ he said.

Colman M. Herman can be reached at colman@verizon.net.

PREVIOUS ARTICLE
Article 60 of 99
NEXT ARTICLE